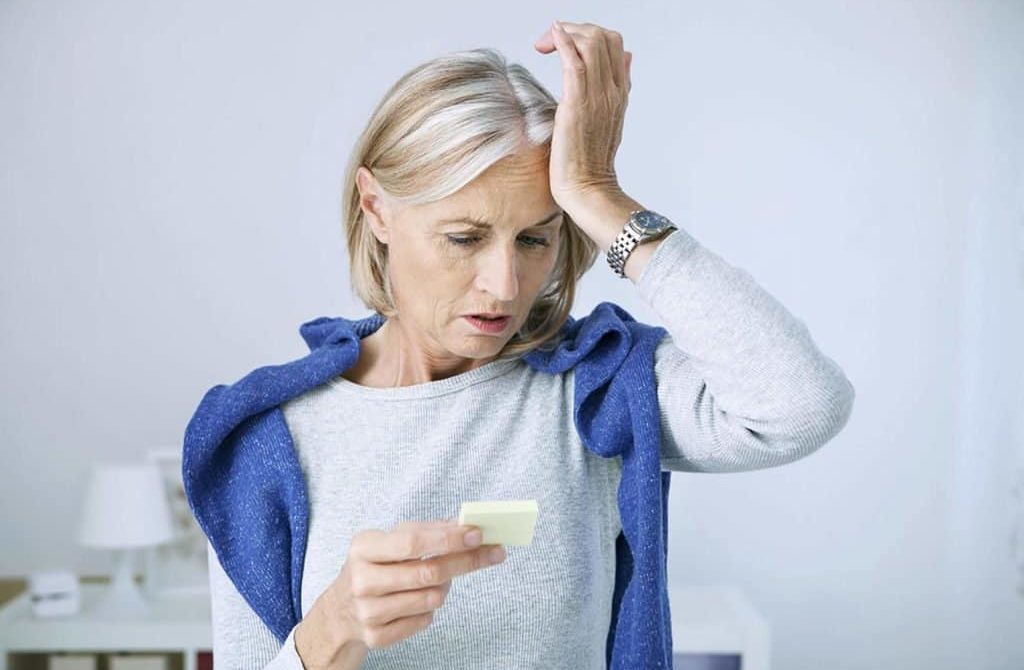 The Brain Fog of Menopause

‘Menopause-related cognitive impairment happens to women in their 40s and 50s, women in the prime of life who suddenly have the rug pulled out from under them,’ an expert says.

By Jane E. Brody (article from The New York Times)

Dr. Gayatri Devi’s patient, a 55-year-old former headmistress, had good reason to be distraught. The woman had a yearlong history of progressive memory loss and behavioral problems and was referred to Dr. Devi, a neurologist, with a possible diagnosis of frontotemporal dementia.

As Dr. Devi recounted in the journal Obstetrics & Gynecology, the woman’s once prodigious memory had seriously deteriorated and she’d become increasingly irritable. She had difficulty organizing tasks, keeping track of belongings, setting goals, making plans and seeing them through. Yet the results of medical and neurological tests and brain scans were normal.

Noting that the woman had gone through menopause a year earlier, Dr. Devi traced her symptoms to the decline in estrogen stimulation of the brain that occurs in all women at menopause with varying effects. Some are more sensitive to falling estrogen levels than others.

With a likely diagnosis of menopause-related cognitive impairment, the doctor prescribed hormone-replacement therapy. Within 15 months, the woman’s behavioral symptoms had disappeared and her learning ability and memory were back to normal. She was able to complete a demanding graduate program and assume a new leadership position in education.

This woman’s case was admittedly extreme, but Dr. Devi told me that “60 percent of women go through menopause-related cognitive impairment” that, when serious enough to be brought to medical attention, is too often misdiagnosed as “mild cognitive impairment,” a precursor to dementia.

Menopause-related cognitive symptoms are very similar to “chemo brain,” a common complaint among women treated for breast cancer and in some men treated for prostate cancer. Treatment of both diseases often results in an abrupt drop in estrogen levels. People with so-called brain fog following cancer treatment “have trouble with short-term memory, multitasking, coming up with words and putting cogent thoughts together,” said Dr. Devi, an attending neurologist at Lenox Hill Hospital in New York and clinical professor of neurology at SUNY Downstate Medical Center in Brooklyn.

“Menopause-related cognitive impairment happens to women in their 40s and 50s, women in the prime of life who suddenly have the rug pulled out from under them,” she said. Yet, she believes, the correct diagnosis is missed more often than not.

“Women with menopause-related cognitive impairment are afraid they’re developing some form of dementia, but if they go to a memory disorder specialist, they may not get the right diagnosis,” Dr. Devi said in an interview. Internists may check for thyroid disease, a vitamin deficiency or infection, but rarely connect the woman’s menstrual history to her cognitive symptoms, she said.

Dr. Devi chose to publish her report in the obstetric journal because many women in midlife use their gynecologist as their primary care physician “and I want them to know this condition exists and often responds to short-term treatment with estrogen to tide the brain over.”

In an accompanying editorial, Pauline M. Maki, a professor of psychiatry and psychology at the University of Illinois at Chicago, noted that “not only do women more frequently report cognitive difficulties as they transition from premenopause to perimenopause to postmenopause, but they also perform more poorly on standardized neuropsychological tests, particularly tests of verbal memory, aspects of executive function, and processing speed.”

Women often describe these deficits as “brain fog,” and they and their doctors may blame the sleep deprivation associated with hot flashes and night sweats, which are definitely “taxing to the brain,” Dr. Maki said. But while these common menopausal symptoms can add to the severity of memory problems, they are not the primary cause of cognitive issues in these women, she said.

A six-year study of 1,903 women who were at midlife found that menopause-related symptoms like depression, anxiety, sleep disturbance and hot flashes did not account for declines in memory, learning and how fast the brain processes information during the menopause transition.

“The most helpful thing we can do is to normalize these experiences for women who are transitioning through the menopause and let them know that women’s brains are sensitive to fluctuating levels of estrogen, both in terms of cognitive ability and mood,” Dr. Maki said.

In fact, symptoms similar to those in menopausal women affect many women premenstrually, when there is a short-lived drop in circulating estrogen. But unlike a normal menstrual cycle, the transition through menopause is gradual and typically takes months and sometimes years, making it harder to recognize its link to cognitive problems. Estrogen levels usually start to decline around age 45, but a woman may not become postmenopausal until age 50 or later, when menstrual bleeding stops for at least a year and very little estrogen is released by her ovaries.

The other critically important fact that all women transitioning through menopause should know is that the brain and mood effects are temporary, said Dr. Gail A. Greendale, a specialist in geriatrics and women’s health at the David Geffen School of Medicine and the University of California, Los Angeles. The postmenopausal brain, it seems, adjusts to having little or no estrogen on board.

In a study Dr. Greendale directed that followed 2,362 women for four years, declines in memory and learning ability that characterized their transition through menopause rebounded postmenopausally, “suggesting that menopause transition-related cognitive difficulties may be time-limited,” she and colleagues concluded.

“The brain fog when women’s brains seem not to be hitting on all eight cylinders is temporary,” Dr. Greendale said in an interview. “During the menopause transition, a woman’s brain may feel a little off, a little muddy, but when the transition passes, the clouds clear and the fog lifts. Sometimes all a woman needs to know is that this too shall pass.”

However, for women unwilling or unable to ride out the transition, Dr. Maki said treatment options, in addition to hormone replacement, include following a Mediterranean diet, brisk walking and minimizing alcohol consumption. Those who can safely take estrogen should know that participants in the Women’s Health Initiative, a large government study of postmenopausal women, who were randomized to take hormone replacements starting in their 50s had a lower mortality rate and were less likely to die of Alzheimer’s disease during an 18-year follow-up.

In 2015, the North American Menopause Society reviewed nonhormonal treatments for hot flashes, several of which may also relieve cognitive symptoms. One is a low dose of the antidepressant paroxetine (Paxil). Another is gabapentin, an anticonvulsant and pain reliever that hooks onto estrogen receptors in the brain.

The critical message, Dr. Maki said, is that menopause-related cognitive issues “need not compromise a woman’s quality of life,” though women may have to be proactive for the condition to be properly diagnosed and treated.

Jane Brody is the Personal Health columnist, a position she has held since 1976. She has written more than a dozen books including the best sellers “Jane Brody’s Nutrition Book” and “Jane Brody’s Good Food Book.”

A version of this article appears in print on Dec. 17, 2018, on Page D5 of the New York edition with the headline: The Brain Fog of Menopause Can Burn Off. Order Reprints