Ovarian cysts are fluid-filled sacs formed in or on a woman’s ovaries. There are several types of ovarian cysts, the two most common being follicle cysts and Corpus luteum cysts. These generally form during a woman’s menstrual cycle and are typically benign.

Other, less-common types of ovarian cysts include endometriomas, dermoids, and cystadenomas. Some women’s ovaries make many smaller cysts; this condition is known as polycystic ovary syndrome (PCOS). Most ovarian cysts are non-cancerous, and malignant ovarian cysts are uncommon, but all ovarian cysts should be checked by a doctor to make sure they’re not cancerous.

The most common causes of ovarian cysts include hormonal irregularities, endometriosis, pregnancy, and severe pelvic infections.

Typically, ovarian cysts are small and cause no noticeable symptoms at all.

Rarer symptoms of ovarian cysts include:

Once ovarian cysts are found, on a pelvic exam and confirmed by a pelvic ultrasound. There are several treatment options for ovarian cysts.

In many cases, ovarian cysts resolve on their own without any medications. The doctor may prescribe pain medication if indicated and follow up to make sure it has resolved.

If you frequently have ovarian cysts, a doctor may prescribe hormonal birth control, such as birth control pills, patches, shots, or a vaginal ring. These all help to prevent ovulation which, in turn, could reduce the chances of recurring cysts.

Ovarian cysts may require surgery if and only if you are past menopause or the cyst gets bigger, causes pain, looks strange on an ultrasound, or fails to go away after a few menstrual cycles. According to the National Institutes of Health (NIH,) only 5-10% of women require surgery for ovarian cyst treatment and, of those cysts removed, only 13-21% are cancerous.

In the rare event of a cancerous ovarian cyst, a doctor will probably refer the patient to a gynecologic oncologist, or cancer specialist, who may prescribe radiation therapy or chemotherapy and remove the ovaries, uterus, and/or fallopian tubes.

If surgery is recommended, the most common surgery performed to remove ovarian cysts is laparoscopy which is also called keyhole surgery, or minimally invasive outpatient surgery which is Dr. Tahery’s expertise. The surgery is performed through 2-3, 5 mm incisions in the abdomen that leave minimal visible scar. 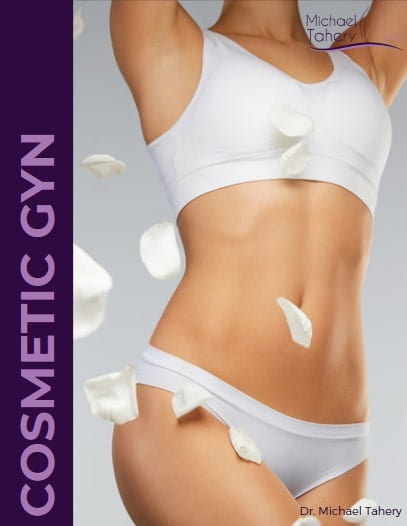